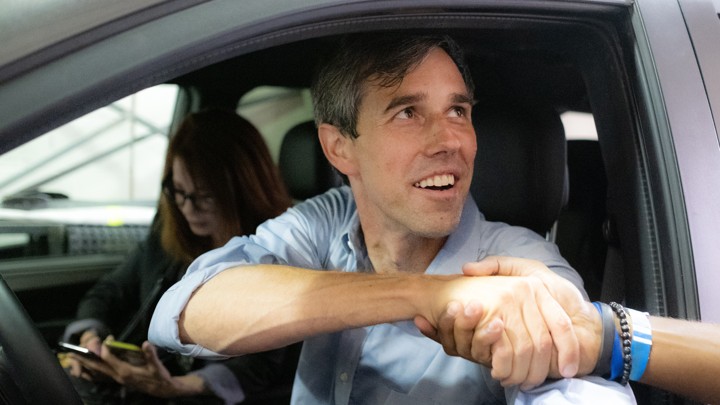 Over at Jezebel, the case is made for the transformative, yet enigmatically still considered an A-lister among the 22+ Dem candidate field for the nomination, Beto O’Rourke. Although the media are loath to actaually loathe the guy, the think piece jumps on the bandwagon it critiques from an almost 10 000 word account in the New Yorker this week over why the guy still has it:

But Beto’s actual standing is pretty inconsequential compared to the glossy treatment he has received. As the New Yorker piece noted, the “media consensus” is that O’Rourke is “a handsome lightweight, an entitled child of privilege who has ‘failed up’ all his life”—pretty ironic considering that big-name media outlets, including the New Yorker, are complicit in O’Rourke’s consistent upward failing. Countless think pieces have functioned as life support and free PR for O’Rourke’s failed campaigns. It’s a gift that a similarly low polling candidate like Senator Kirsten Gillibrand has yet to receive.

I’m not sure this is about “failing up”, as it were. We’re just seeing another example of the media laying out personality narratives the way it does best … until personalities don’t matter, and dabate zingers will. | LINK